I've just released my latest novel on Kindle. "Provocation" goes back to my Germany days and concentrates on a Cold War air policing operation. The Berlin Corridors were vital links to West Berlin and always vulnerable. For that reason, three of the four wartime powers got together every year to practice tactics to escort transport aircraft into the (now) German capital city. The fourth power had become the enemy to be protected against.

Hopefully the book gives a feel for the atmosphere of the times. Even though the main events are fictional, many of the sub plots are set in reality.

What Types of Books Do You Read?

I'm a member of an aviation book group on Facebook and one member recently posted the question "what type of books do you like?" It prompted a number of thoughtful responses with some people firmly in the factual camp but others seemingly happy to delve into the fiction. It made me think about my own writing.

My factual books are based on the aircraft I flew and the roles I took on. If I didn't fly it I won't write about it other than in passing. Sometimes this provokes a "sniffy" response amongst the professional writers. That's not to be lazy and avoid researching because writing about aircraft that now, sadly, sit in a museum means I constantly have to top off the memories with pictures and reference material. I pride myself on accuracy and it's a dagger to the heart when I realise I got something wrong. With E books that's easy to correct. With a printed volume it stares at you forever.

My novels are based on fact to the point that I will avoid the dramatic plot line, rather keeping it within the realm of possibility. I want someone to say at the end of the book, I think that could have happened. The settings are places I served in or flew from. The scenes in the cockpit are often based on situations I found myself in. I hope the action sequences are close to reality; or at least how events would have panned out if we had been asked to play for real. The ability to develop a plot line and the characters is fascinating and the intricacies keep me awake at night. I like to call it faction.

I won't change. I don't want to produce volumes of books on topics I know little about. I'll carry on targeting my factual work in areas where I can add to the history. The novels will give the outlet for more lateral thinking.

What books to you enjoy. The answer might not be as simple as you thought.
Posted by Unknown at 07:32 No comments:

One of the nice things about writing is that occasionally you stumble across something that gives a real "feel good factor". I'm fortunate enough to have come across a group of Facebook friends who share my lifetime passion for aviation and flying. The Aviation Enthusiasts Book Group is populated by friendly enthusiastic readers who share their thoughts on aviation titles across the genre.

This month is Phantom month on the Group. I'm fortunate to be able to donate a special edition signed copy of my book Phantom In Focus" as a prize for a special competition.

Join up. You may win the prize: 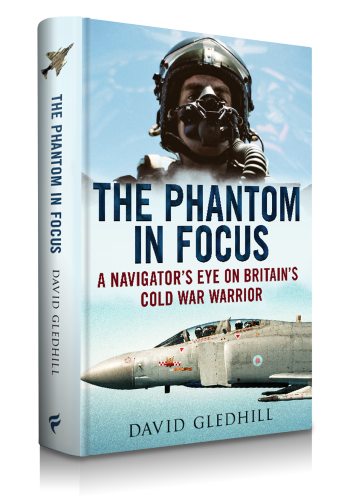 
I picked up my first negative review of my novel Maverick yesterday, a harsh analysis which earned only 3 stars and used disconcerting terms such as “filler” and “weak”, albeit balanced by a “good but.....” Looking at the reviewer’s other offerings I was in fine company. Similar works in my genre had received equally harsh criticism, although with one notable exception. There were many 3 stars but few 5 stars.

The old gnawing doubt reasserts itself. Maybe this is the true assessment of your work rather than the dozen 5 star reviews it has earned so far. The first reaction of any author is to refute the criticism and to mount a staunch defence of my “baby” but is that appropriate? Of course, the answer is no. A critic is entitled to his or her opinion. They have, after all, spent their hard earned money on the novel and are entitled to express their concerns, comments or emotions.

Feedback is important to any author, established or aspiring. At the London Book Fair this year, the authors who presented on stage raised the topic of reviews. Even the bestselling authors cited examples of the "One Star Bashing" which spoiled their morning coffee. All commented on the buzz of that 5 star accolade which, of course, was hugely deserved (where is that smiley face when it’s needed?) Online mentors urge authors not to engage in a hostile debate to counter the criticism. Equally, ignoring a review, however unpalatable, is not the right course of action.

Reviews are lifeblood to a writer. Good reviews encourage you to continue writing and to strive for perfection. Good reviews can sell books yet, in their absence, can instil caution in a potential buyer who may not click “buy” or take the book to the checkout. Bad reviews can consign a book to the slush pile and, at the early stage, might prove fatal. To receive a good review from an established expert can be the path to the bestsellers list. Too many bad reviews may be a prelude to oblivion. Let’s say then that reviews are crucial for reader and writer alike.

As a former aviator I learned my trade the hard way. On the Squadron we followed a mission cycle. At the briefing we constructed a plan, briefed the formation on how to neutralise an opponent by employing the best tactics. In the cockpit we tried to execute the plan to perfection, returning to terra firma for tea and medals. Critically, at the debrief we analysed the objectives against successful engagements and tried to extract key learning points. This is a model which also sits well in the literary arena. Not every review will be positive. Even Tom Clancy in his epic Cold War thriller “A Hunt for Red October” failed to achieve a “Straight A”.

So the lesson for me is take in the criticism, adapt if the analysis is fair, redouble your efforts during your own editing process, look for the positives and move on. 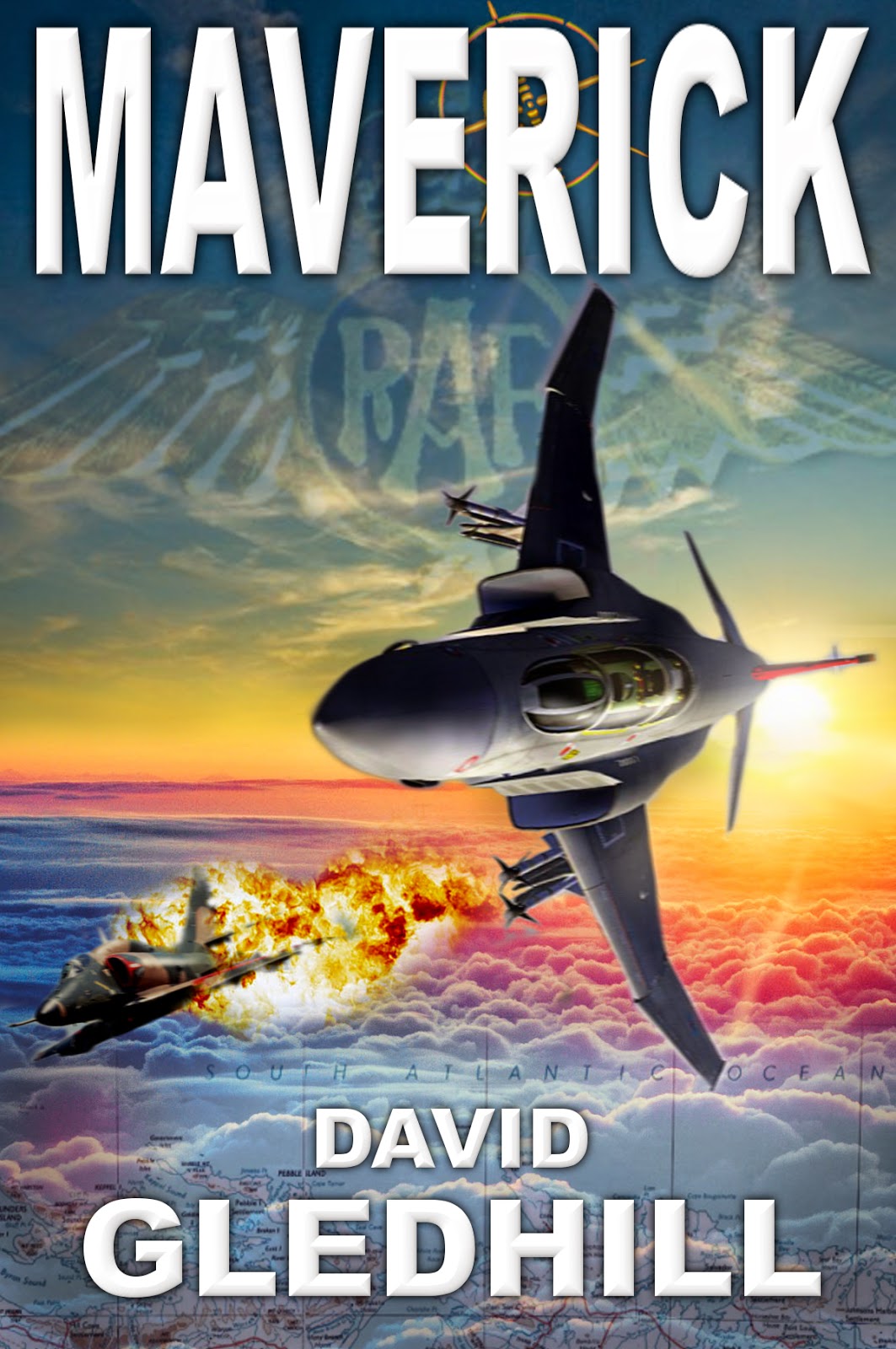 Subjects for My Novels

I write aviation stories so choosing a subject is never an issue for me. The only question is where to set the action. Having spent nearly 50% of my time in the Air Force in the cockpit and flown over 3000 hours mostly in "fast-jets", I visited many places and flew in some unusual settings. Each phase of my career exposed me to new scenarios most of which could lead to a book.

My novels feature a fictional pilot and navigator who fly the British version of the F4 Phantom. So far they have helped  a Soviet test pilot defect to the West, tried to prevent a rogue Argentinian pilot from bombing Port Stanley in the Falkland Islands and mounted a mission to release a hostage from the clutches of Hezbollah. In the next book they will be back in West Germany taking part in an operation to maintain the integrity of the Berlin Corridor in a divided Europe.

I try to base the novels in fact. The scenes are real. My descriptions of Wildenrath and Stanley airfields are from my own recollections. Many of the flying sequences were real and I experienced the thrills and problems associated with low level training flying. Although the characters are fictional, they are heavily influenced by people I knew. One critic said that the strength of Andy McNab's work is that it is set in fact which makes it more believable. I hope I can go some way to emulating his skill as a storyteller. A submariner once told me that, in reading "A Hunt For Red October" he might have been on the bridge of his own submarine. Realism counts in my books.

I have many places where I served that may yet provide the plot for a new novel. After a tour at Nellis Air Force Base with the close proximity of the so called "Area 51" I'm sure I can dream up a challenge for my fictional crew. The great thing about writing is it's only limited by the imagination. Oh, and the odd year to devote to writing the book. 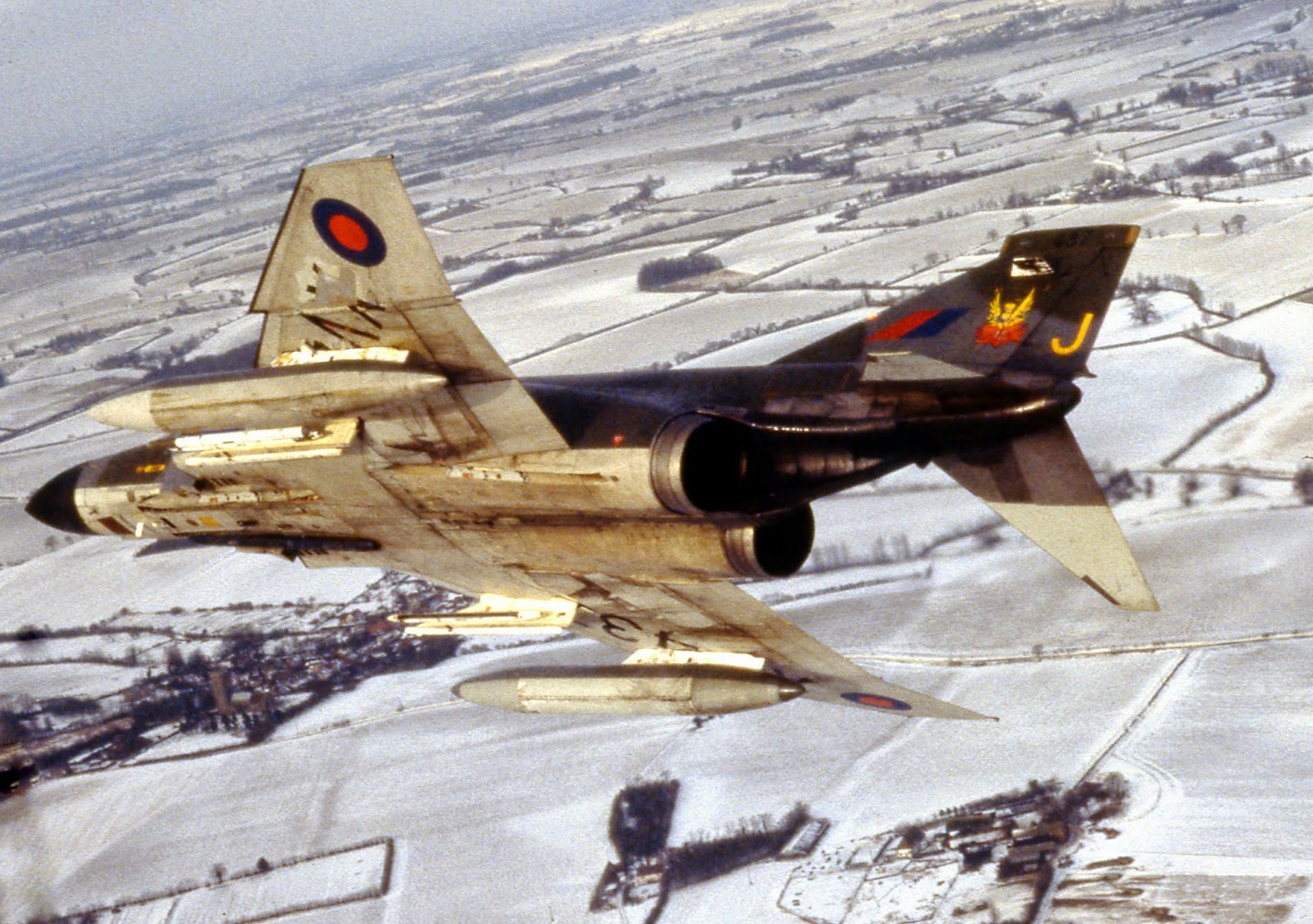 The audiobook is on sale and I've had the first chance to click on the audio sample online and listen. It's still a surreal experience but rewarding that it passed technical scrutiny at the first effort. I hope I didn't miss any major glitches.


The story is set at RAF Wildenrath in a Cold War West Germany. When a Soviet pilot defects to the West he brings his jet fighter with him setting in train complex efforts to recover the secret prototype. Narrating the story was fun but I now understand and appreciate the skills of the professionals on TV and radio which we often take for granted. I know just how much time to set aside if I decide to follow up with an audiobook version of Maverick or Deception.
Posted by Unknown at 09:37 No comments:

Well it's daunting but I've finished production of "Defector" as an audiobook and have just heard that it is being prepared to go on sale on Amazon ACX. I had expected some technical feedback on the quality given the challenges.

It's quite a journey and I hope the results are well received. I decided to narrate the story myself. Whilst I don't have the silky smooth voice of a professional actor, I know the story and I know how it sounds in my own head. I hope that will cover for one or two inevitable stumbles over a tricky word. It's extremely time consuming so I may take a break before I tackle my subsequent novels. Maybe a period of reflection until we see how the reviews shape up. In the meantime I'll fight off the urge to get my equity card.

I used Audacity for the recording but invested in a professional microphone. The wonderful irony was that I had many "retakes" due to aircraft flying overhead the village en route to nearby RAF Coningsby. Now if I could just have harnessed those noises at an appropriate moment it might have added to the audiobook. Am I setting a first at editing out jet noise from a book about jet fighters?

I'll apologise in advance for the price but being 11 hours long Amazon sets the price based on listening time.

"Defector". Out soon on ACX.

Audio Sample
Posted by Unknown at 12:36 No comments: